"Strahan is a fiery Texas spirit, a killer guitar player & piano pounder and singer, as wild as the high plains from which he hails, and as cool as the hill country where he lives. He’s as real & strong as lightning, I swear, and I love being around him, to hear how he's going to knock me out next." ~Walt Wilkens, Producer, Singer/Songwriter

As if growing up in Lamesa, Texas, (population 9,422 from the 2010 census, located south of Lubbock on the Llano Estacado) is not bad enough, Jeff Strahan also studied and practiced law. But he returned to his roots as a third generation garage “bandanista” and is now a full time, axe wielding, keyboard slamming,Texas blues rocking musician. The world is better off on both accounts; we have one less lawyer to deal with and one more great musician to listen to. But we almost did not have this- he first had to beat a terminal illness and regain his strength to perform, tour, write, record and compete in the IBCs. His musical style swings on both sides of the border, with flaming hot Texas guitar licks sometimes with a Mexican influence.

Strahan’s music is southern rock, blues, folk and more all rolled into one. If the Marshall Tucker Band had come from Lubbock, Texas instead of South Carolina, they might have sounded a lot like this. From the blistering guitar to the laid back lyrics, the music oozes Texas and sounds mighty fine. If you are looking for some great blues influenced rock done up hot and spicy Texas-styled, you need look no further. And if you are a fan of big guitar solos and a band that can jam with the best of them, this will make your day.
"...Strahan has described his music as Red Dirt Blues - a passing reference to the Permian red beds that color the earth at the breaks of the Llano Estacado, but in his view, it's more an expression of the many different music styles that were marinating the high plains while he was growing up. Styles like Tejano, country (and western), rock, blues, Texas swing and all the fusions in between. It's a good mix and it's one of the reasons Texas music runs so deep.

It might be easy to characterize Strahan's music and his band as a blues rock band. And while that's accurate in a general sense, it's more useful to think of Strahan as a good time band. Wait, scratch that; a huge, kick-ass, great time band. He's having fun, the band's having fun, he loves what he's doing and if you can't hear that in his music, you might need a hearing aid.

In addition to Texas-quality musicianship, Strahan's music makes for pure joy-ride-style fun; think of a Saturday night bar packed with people ready to drink, dance and party. If you walk away from an evening with Strahan all cold quenched serious and shit, you might need a vacation."~ Bill Aspenwall, Texas Music Journal

Jeff's song "Superman" is one of 150 songs chosen (out of 1700) by Radio Airplay to appear in their Independent Valentine's Day '15 station on Jango.com.

In 2012 Jeff and his band performed his song "Runaway" live for the film "Petting Zoo" by Micah Magee. I recently received word that the movie is being released in Germany this spring and they are using the band scene (filmed at Billy's Ice, New Braunfels, TX.)  I'll let updated on the movie's release in the United States. 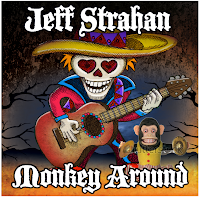 We have just finished recording our new Album, Monkey Around.  The CD will be released in October 2013.  The album includes 10 tracks of original music and is our best sounding project to date.  This album really came out nice and we can't wait for you to hear it.

Update-Tours and a New Album

Here is a quick update.  Just finished our "Gulf Coast Tour" from Port Isabel, TX over to Bradenton, FL and many points in between.  Came home to a weekend at Gruene Hall where we had the greatest crowd ever and got asked to open for Delbert McClinton after our show was over so we pulled a "double."  Heading to The Zone Recording Studio on Tuesday 8-20-13 to start recording our new album.  Then a weekend off to hunt Dove before heading up to Colorado for the month of September capped off by a final show of the month in San Angelo at our home away from home, Sealy flats.

Review of Blue Til I Die 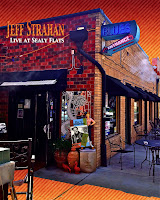 New CD, Live at Sealy Flats available in the "store."

I'm hosting the Blues Jam at Cheatham Street Warehouse tonight in San Marcos, Texas. This month marks the one year anniversary of the rebirth of the jam. In recent months, we have started to actually draw a crowd of listeners and some great blues players. We've had people from all over the country stop in to listen or play. It's always a good time.

Review of Live Show in Talahassee

Check out this review of our show at the legendary Bradfordville Blues Club. Click here. 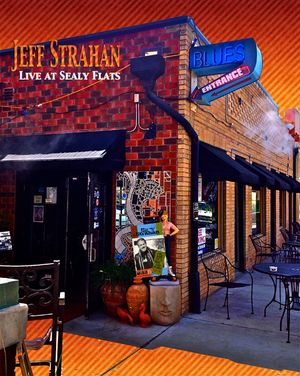 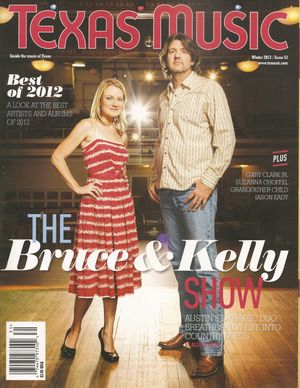 Interesting little review of Blue 'Til I Die, our latest Studio Album.  Click here to read the article.